For over 35 years, Arthur Willner's practice has emphasized the defense of high exposure, complex litigation arising from aviation, products liability, industrial accidents and premises liability, civil rights and commercial disputes. He is rated AV by Martindale-Hubbell and has been selected nine times by his peers as a Southern California Super Lawyer in the area of Civil Litigation Defense, an honor that fewer than five percent of attorneys receive.

Art has successfully represented clients in state and federal court in business cases involving claims of violations of civil rights, disability based discrimination, ethnic profiling, defamation, wrongful termination, breach of contract, and officer and director liability. He has served as lead defense counsel in numerous jury and non-jury trials, mediations and arbitrations, and also has substantial experience in multidistrict and mass tort litigation, including class actions. He has also argued multiple appeals before the Ninth Circuit and the California Court of Appeal.

He also has broad experience in products liability, wrongful death and catastrophic injury cases arising out of major airline and general aviation accidents. Art's aviation clients include major and regional domestic and foreign air carriers, pilots and other crewmembers, general aviation operations, and manufacturers. Art is also a former Vice President of United States Aviation Underwriters, Inc. where he supervised outside counsel in the defense of high exposure airline litigation, prepared witnesses to testify at National Transportation Safety Board hearings, and advised senior airline management on litigation and disaster planning issues.

Art’s practice also includes representing university faculty members and students whose civil rights have been violated by their educational institutions. He has been a part of the Foundation for Individual Rights in Education’s legal network for many years, and is committed to protecting his clients’ rights in cases in which their educational future and employment are often on the line. Art has vigorously prosecuted actions in both state and federal court involving the violation of his clients' Due Process and First Amendment rights. Two of his recent cases have significantly clarified the due process rights of accused students at Title IX hearings and expanded the free speech rights of students attending the nine Los Angeles Community College campuses.

Some of Art’s representative cases include: 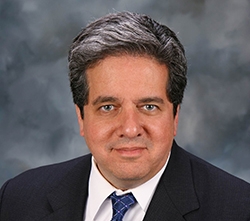