Frederick D. Berkon, one of the founding members of the firm, is a highly regarded and experienced litigation and trial lawyer. Over the course of his career, he has dedicated his insight, his intelligence and his enthusiasm to matters involving contract, commercial, securities, securities fraud, high exposure product and toxic tort liability, class action, employment, insurance, insurance coverage, antitrust, intellectual property and trade secrets litigation.

During the past decade, Fred has been entrusted by numerous corporations and private equity firms to represent them in complex commercial litigation involving the sale of billion dollar companies and securities' portfolios. He was also involved in the defense of officers and directors of a major public company, which along with a "big four" accounting firm and leading underwriters, were charged with securities fraud in federal court class action litigation. Fred used his substantial knowledge of securities and contract law, his ability to understand the clients' ultimate objectives and his appreciation of complicated financial transactions, to serve as a forceful, effective advocate in these cases.

As the head of the firm's aviation group, clients have benefited from Fred's comprehension of technical and scientific information. As an example, while representing the owner and operator of a medical evacuation helicopter involved in a fatal crash, his ability to piece together fragmented pieces of evidence, led to an extremely favorable outcome. He also headed up the defense of ten foreign non-carriers in the multidistrict federal litigation over the 9/11 terrorist attacks, which ended with a voluntary dismissal. Fred has represented domestic and London-based aviation insurers as well as aircraft owners and lessors in a spectrum of litigation.

Additionally, Fred has successfully represented companies in toxic tort litigation involving exposure to chemicals. His persistent drive to explore all types of innovative approaches in these, as well as in all matters, led to his impressive record of obtaining summary judgment in many cases.

Fred has an acknowledged talent for writing. He has used his skills to achieve a reputation for excellence as a brief writer on both the trial and appellate levels. He is known for his ability to transform complex concepts into comprehensible and compelling arguments. Complimenting this writing talent are his skills as a public speaker. He has excelled in the courtroom because of his ability to communicate persuasively with judges and juries.

With the strength of his record as a lawyer, Fred has earned the highest confidence of clients such as DuPont and The Guardian. Along with many other matters he has handled for DuPont, Fred represented the company in connection with the expropriation of a synthetic fibers plant by a foreign government. He recently obtained a dismissal of a putative class action by certain policyholders of The Guardian.

In addition to his extensive jury trial and appellate experience in both federal and state courts, he has equally successful experience in arbitrations and mediations. 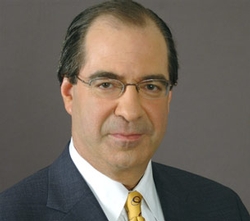