Brian Cifuentes is a commercial litigator with more than ten years of experience concentrating his practice on complex commercial disputes, including representing clients in the financial services, insurance and chemical manufacturing industries in state and federal courts. Brian is also involved in the firm's product liability and toxic tort practice, aiding in the defense of clients in national asbestos litigation. Current and past matters include:

Brian joined Leader Berkon Colao & Silverstein in 2011. Prior to joining the firm, he was a litigation associate at Paul, Weiss, Rifkind, Wharton & Garrison LLP. 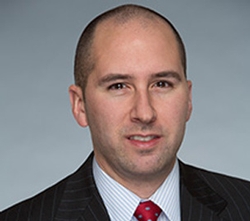