Commercial and Securities Litigation
Recent trial work includes winning $9 million in a rare trial in the NY Commercial Division in a complex breach of contract case involving indemnification claims stemming from a corporate transaction and an underlying environmental suit, a four-week arbitration in a dispute between private equity partners and a three-week arbitration over alleged market manipulation on an electronic exchange's commodities index. Prior to this, he won a trial in New York Supreme Court invalidating facially valid promissory notes worth millions of dollars on the grounds that the purchaser of a corporation should not have to pay off notes which really represented capital contributions rather than debt. In Federal Court, Glen won the trial of a $30 million breach of contract claim brought by the Italian clothing company Diesel against its U.S. licensee/distributor. For Compass Partners International, he won an arbitration involving a joint venture agreement for the distribution of a prominent Italian brand in the U.S. Glen has also won FINRA arbitrations regarding MBS trading disputes.

Glen has significant experience in handling regulatory inquiries and internal investigations, including matters dealing with sensitive issues and high-profile subjects. Glen has also been very involved in matters relating to the U.S. Government's probe into untaxed assets held in foreign countries.

Glen handles complex commercial matters for clients such as Verizon, Honeywell, Dow Corning, Lincolnshire Management and Morgan Stanley. For Morgan Stanley, Glen prevented an attachment of “intangible contract rights” worth $20 million, which allowed the delivery of Liquefied Natural Gas (LNG) to Buenos Aires during an energy shortage. Glen has handled other work for Morgan Stanley relating to LNG, as well as other energy products. Glen has also handled numerous cases relating to investment banking issues and complex trading disputes. For clients such as Morgan Stanley and The Guardian/Park Avenue Securities, he has won multiple NASD/FINRA arbitrations, including cases brought by corporate pension plans alleging improper investments. He has represented Lincolnshire Management, a private equity company, in a number of major litigations including winning a multimillion dollar arbitration brought by a business finder in connection with an acquisition. He won the trial of a breach of contract action for the high end retailer Paul Stuart in New York Supreme Court’s Commercial Division, in a complex case concerning the obligations of a Japanese licensee.

Glen's experience includes defending a private equity company against a derivative suit brought by fund investors, representing the seller in a $200 million accounting fraud action arising from a corporate divestiture in which he took over 50 depositions; a breach of contract and fraud action concerning alleged environmental misrepresentations; an $80 million mass consolidation of national property damage claims; actions arising out of breaches of agency, consulting, and confidentiality agreements; corporate raiding cases; and disputes arising out of interest rate swaps and foreign currency exchange derivatives.

Glen has worked closely with private equity clients on a number of litigations relating to their investments and  funds. These cases frequently require an in-depth knowledge of both the investment and management process.

Many of these cases have involved complex fact patterns, technical issues and extensive expert testimony. Cases have involved the cause of a LifeStar helicopter crash, the design of a race car’s safety features/roll cage, fire hydrant design issues, and fire causation. In the race car case (the driver was killed), Glen was selected to take over the case, which was pending in Chicago, near the close of discovery, and handle the expert phase as well as the trial. 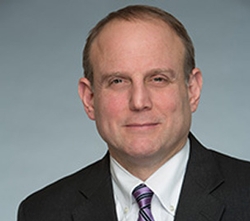