Joe Colao is an experienced litigator and trial attorney with significant experience in both state and federal courts. He has tried cases in New York and other jurisdictions and has supervised trials across the country. He also has vast appellate experience and has argued cases in several departments of New York’s Appellate Division, as well as in New York’s highest appellate court, the Court of Appeals.

Joe has been a “go to” lawyer for major clients for many years and is known for his commitment to success and achievement of his clients’ goals, even in the most difficult of circumstances. His calm demeanor and ability to handle pressure have made him a favorite of corporate general counsel around the country.

For over 15 years, Joe has acted as national coordinating counsel for a variety of manufacturing companies, including equipment defendants in asbestos litigation and welding products companies in welding rod litigation and general product liability matters. In this role, he supervises lawyers across the country, devising and implementing a global approach to the defense of the cases that includes coordinated discovery, fact and expert witness development, trials and appellate review of leading issues throughout the country. This assignment was the outgrowth of representation of various companies for the past 25 years in the New York asbestos litigation.

Joe has successfully represented high profile companies and corporate executives in a myriad of commercial matters involving complex contract and securities issues, trade secrets, the duties of corporate fiduciaries, covenants not to complete, construction disputes, employment matters and enforcement of creditors’ rights. These matters have included being called in on an emergency basis, and literally overnight, to marshal the evidence and legal arguments that successfully vacated a $4 million default judgment that was wrongfully entered against his client in federal court in Tennessee. In the creditors’ rights area, once again displaying his trademark ability to achieve a client’s goals even under the most pressured of circumstances, within 24 hours of being retained by the nation’s largest jet fuel supplier, Joe obtained emergency restraining orders and orders of attachment against foreign airlines, prevented their planes from leaving New York, and obtained payment of their outstanding balances for his client. Other commercial matters include representing one of the nation’s largest retailers in a complex case of contract interpretation which involved an appeal and argument before New York’s Court of Appeals.

Joe acts as an advisor to major corporations on issues of environmental and OSHA compliance. His list of clients includes solid waste management facilities, recycling companies, fluid handling companies and a major motion picture studio. In addition to his advisory role, Joe has litigated environmental cases in trial courts, on appeal and before administrative agencies. 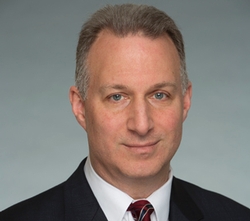