Bobbie Bailey is the managing partner of Leader Berkon Colao & Silverstein’s Los Angeles office. Although he is based in Los Angeles, he has tried dozens of complex cases in numerous courtrooms across the country. He successfully carries his unique style of interactive litigation to jury panels from Hawaii to Philadelphia -- with extensive trial work in California, Missouri, Kansas, Pennsylvania, Washington and Oregon. As lead trial counsel, Bobbie brings to the table over twenty-five years of experience with judges, juries and opposing counsel.

Bobbie's early trial work was in civil rights litigation. His experience includes resolving hundreds of employment cases on behalf of individuals, trying half a dozen cases to verdict as first chair. Additionally, he served as the chairman for the Kansas City, Missouri School District's Advisory Committee Task Force from March to August 2002 while the District was attempting to resolve one of the largest desegregation cases in the country. Bobbie served as a Hearing Examiner for the Office of Civil Rights, Kansas City, Missouri Human Rights Commission from March 2000 to January 2003.

Since 2003, Bobbie has focused on handling complex products liability, asbestos, and toxic tort litigation on behalf of companies and their insurers. He has been admitted as trial counsel pro hac vice in Hawaii, Washington, Oregon, Illinois, Connecticut and Pennsylvania. He has defended government contractors working for the U.S. Navy, aircraft part manufacturers, shipyards and shipbuilders, and oil companies.

Achievements of note include:

Immediately after graduation from the University of Missouri, he accepted a commission in the United States Navy, where he served as a Surface Warfare Officer for six years. Upon leaving active duty, Bobbie attended law school. 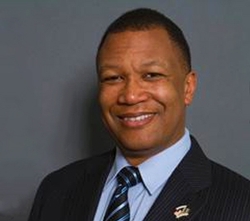