Stephanie Gase heads Leader Berkon Colao & Silverstein’s Dallas office. She routinely appears in federal and state courts across the country on behalf of plaintiffs and defendants in all phases of complex commercial, environmental, and civil rights litigation.

Stephanie works on a wide range of environmental matters, including claims for nuisance, negligence, and trespass for personal injuries and property damage, as well as statutory claims under CERCLA, RCRA, and numerous state law environmental statutes. She has defended toxic tort and product liability lawsuits ranging from a single individual claimant to large class actions. Stephanie works with some of the leading experts in the fields of toxicology, epidemiology, remediation, engineering, and medicine. Current and past matters include:

Stephanie is experienced and knowledgeable in litigating constitutional issues and is committed to ensuring our clients’ constitutional rights are protected. Our firm’s commitment to pursuing justice includes zealous representation ranging from prosecuting claims of constitutional violations from abuses of power by government agencies and officials, to tackling and eliminating voting issues that leave minorities underrepresented or without representation at all. Current and past matters include: 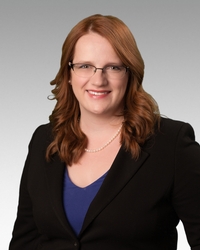