Print This Bio
Raymond Mariani is an ADR neutral, litigator and university instructor. He has over three decades of experience.
Ray is a Panelist – American Arbitration Association National Roster of Arbitrators; a certified U.S. District Court Mediator for the panels of the Eastern and Southern Districts of New York; a member of the Mediation Advisory Committee for both of those federal courts; and a mediator for the New York Supreme Court in multiple counties on the general civil as well as commercial panels.  He was trained at the Harvard Law School Program on Negotiation and has extensive experience in ADR for cases involving contracts, torts, employment, real property and other types of disputes.
Ray’s litigation experience includes first seat trial attorney for jury and bench trials in New York, California, Texas, Illinois and other states. He has been lead counsel in many federal courts and in more than half the state courts throughout the United States.

Ray has been involved in virtually every aspect of aviation and risk management, including: airline mass disasters; general aviation accidents; MRO and OEM representation in product liability cases; military helicopter losses; towing and taxi incursions; ramp equipment/airport accidents; baggage; cargo theft; toxic exposure; fuel spills; fire and other safety issues; governmental regulation and immunity; contract matters, including sales and service agreements; IATA and other standard industry contracts; Warsaw and Montreal Conventions; engine warranties; UAS insurance and risk management; indemnity and additional insured provisions; and insurance coverage for aviation and other types of policies. He also holds an FAA License for Remote Pilot for Small Unmanned Aircraft Systems.
Ray is an Adjunct Instructor at the University of California in the Viterbi Engineering School where he teaches legal principles and safety to industry professionals. He has been very active as the author of law review articles and other publications on a wide variety of legal issues. He is also a guest speaker and lecturer at various seminars in the U.S. and abroad. 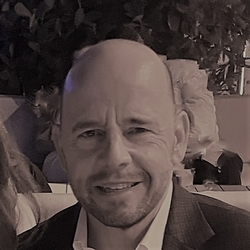